Volume VIII Chapters
Safernoc
Saxon kings enjoyed hunting game as much as their Norman successors, and they employed huntsmen to manage game reserves on royal estates. Ælfric of Eynsham 955 - 1010 produced a colloquy for the education of his students, and he described the role of a huntsman in his text:

He (king) clothes and feeds me well, and sometimes gives me a horse or ring so that I may follow my trade the more willingly. I take my nets with me and set them in a suitable place, and set my hounds to pursue the beasts so that they reach the nets unexpectedly and are ensnared. Then, while they are still trapped in the nets, I cut their throats. I catch harts, bears, does, goats and some hares

One of the huntsman who served King Edward the Confessor was called Ælfric the Hunter. He held several small estates in the Bedwyn area, and these provided him with accommodation and income in order to pursue his trade. Sparsely populated local wood land and large areas of heathland, combined with royal ownership, provided late Saxon kings with irresistible opportunities for hunting deer within their own demesne. Part of this land may have included wood land near Clatford called Safernoc.
​
The Esturmy Wardens
Such an area proved fatally attractive to Norman kings. They rapidly enlarged this area as Savernake forest, and inflicted an exacting forest law on the local population as a means of protecting their game. ​Almost all of Ælfric's estates passed, lock stock and barrel, to the first Norman warden of Savernake forest, Richard Esturmy. ​No longer a hunter, the warden was responsible for enforcing forest law, and for managing a number of foresters, each of whom were responsible for part of the forest, known as a bailiwick.
​
The Bailiwicks
Savernake Forest was defined by its boundaries and protected by Forest Law. It was divided into several bailiwicks, the largest being the West bailiwick, and the smallest, Southgrove. The Broyle or Brail, was managed by the Harden foresters of Harding, and La Verme bailiwick was directly managed by the warden. The modern forest of Savernake effectively covers the former territory of La Verme.

The forest created by King William I probably reached its greatest extent under King Henry II, or his son King John. A perambulation of the bounds in 1244 defined their forest. After 1215, there was pressure on the crown to reduce the size of royal forests. However, thirteenth century kings were surprisingly successful in resisting renewed demands until 1330, when the regency government of King Edward III finally agreed to the disafforestation of many royal forests. The perambulation of 1330 defined a new Savernake forest, which survived as a mere token of its former self.

The Bilkemore Feud
The term "disafforestation" is not used to describe the clearance of land. It is a legal term, and is applied to forest areas no longer subject to Forest law. Without the protection of Forest law, some 80% of Savernake forest disappeared almost overnight. Local inhabitants must have been overjoyed. The few exceptions were the warden and the foresters, whose privileges and incomes were dramatically reduced.

Sadly the disafforestation of Savernake forest was marked by a dispute between the warden and one of his foresters, Sir Robert de Bilkemore. Their feuding continued for 30 years, and was finally broken by old age and death. At the heart of their feud lay the income of the West bailiwick, which both men claimed.

The wardens and foresters of Savernake foresters held hereditary offices from the crown and were given a small number of estates in reward for their services. However in the mediaeval period, the forest belonged to the crown, and by custom was granted to the Queens of England. Occasionally the forest was held by royal siblings which often resulted in trouble for the wardens. The last Queen of England to hold the forest was Katherine Parr, the sixth wife of King Henry VIII. After her death, the royal forest passed into the private hands of the avaricious Sir Edward Seymour, Earl of Hertford, and Duke of Somerset, and it has passed down through his descendants to this day.
The Seymours
Sir Edward Seymour, Duke of Somerset, died on the executioner's block outside the Tower of London on a chilly January morning in 1552. A once almighty regent of his young nephew, King Edward VI, his short period of government made him too many enemies. His political and social fortunes began with the marriage of his young sister Jane to King Henry VIII in 1536. A man otherwise destined to be a humble warden of Savernake forest, he grasped his opportunities at every turn, and by 1547 this ambitious man had acquired honours, estates, and even made himself owner of Savernake forest. His ambitions included a new mansion at Bedwyn set in a large park.

After the execution of the Duke of Somerset, his son and heir Edward, spent a year in prison in the care of his mother, the widowed dowager duchess, Anne Stanhope. Barely of age to assume his inheritance, a rash marriage to Lady Katherine Grey in 1560 led to a second period of imprisonment, this time enduring some 10 years without liberty. Despite his heritage, Edward Seymour [Earl of Hertford 1559 -1621] enjoyed a long life and amassed a large fortune. The estate that he left in 1621 was one that his father would have been proud of. ​
​
Tottenham Lodge
​Edward Seymour, Earl of Hertford 1559 -1621, always lived under the shadow of his father's fate. He was fortunate enough to retain the bulk of his inheritance, and wealthy enough to build several mansions. One of these was Tottenham Lodge, which replaced Wolfhall as the principal residence of the Seymours in Bedwyn.

There is a hill above Wolfhall manor which in the fifteenth century was called Toppenham. During the Roman period, a villa was built on the plateau beyond this hill. The villa site has often been associated with a local Roman pottery industry in Savernake forest, and it is tempting to believe that the kilns belonged to the owner of the villa. However, this is something we may never know.

In the late mediaeval period, there was a hunting lodge, sited between the site of the villa and the Roman road from Cunetio to Winchester. By 1580, this lodge was replaced with a mansion called Tottenham Lodge. The building work was no academic exercise, for the manor house at Wolfhall was literally falling down, and Edward Seymour was in desperate need of a local residence.

In the seventeenth century, Tottenham Lodge suffered from fire and a lack of maintenance. By 1700 it was probably as ruinous as the political fortunes of its Seymour owners. The mansion was replaced in the early eighteenth century with a beautiful Palladian mansion. This wonderful country house may yet have graced Tottenham Hill, were it not for the vain ambitions of an Earl of Ailesbury, who built the present Tottenham House. Oblivious to costs and common sense, this extravagant man left his heirs with an expensive white elephant, which has proved almost impossible to maintain. 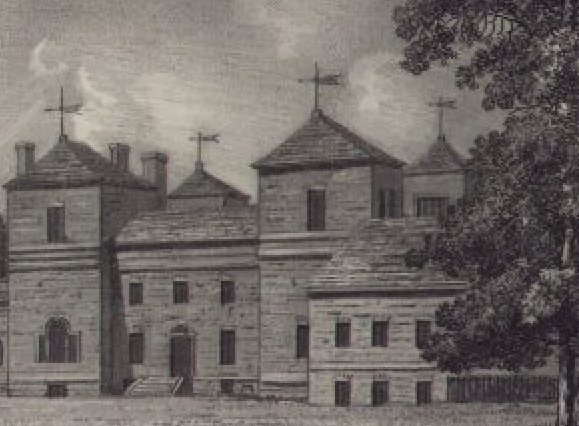 The outline of Tottenham Lodge may have survived to the present day as some sort of architectural Matryoshka doll. Tottenham Park, the eighteenth century building designed by Burlington (above), was built on the site of the Lodge. According to the Earl of Cardigan, at least part of the Lodge was included in the new building, and Burlington’s brick may have replaced a Tudor exterior. In Cundy's subsequent nineteenth century design of Tottenham House, the heart of Burlington’s Tottenham Park was encased in Bath stone.
​ 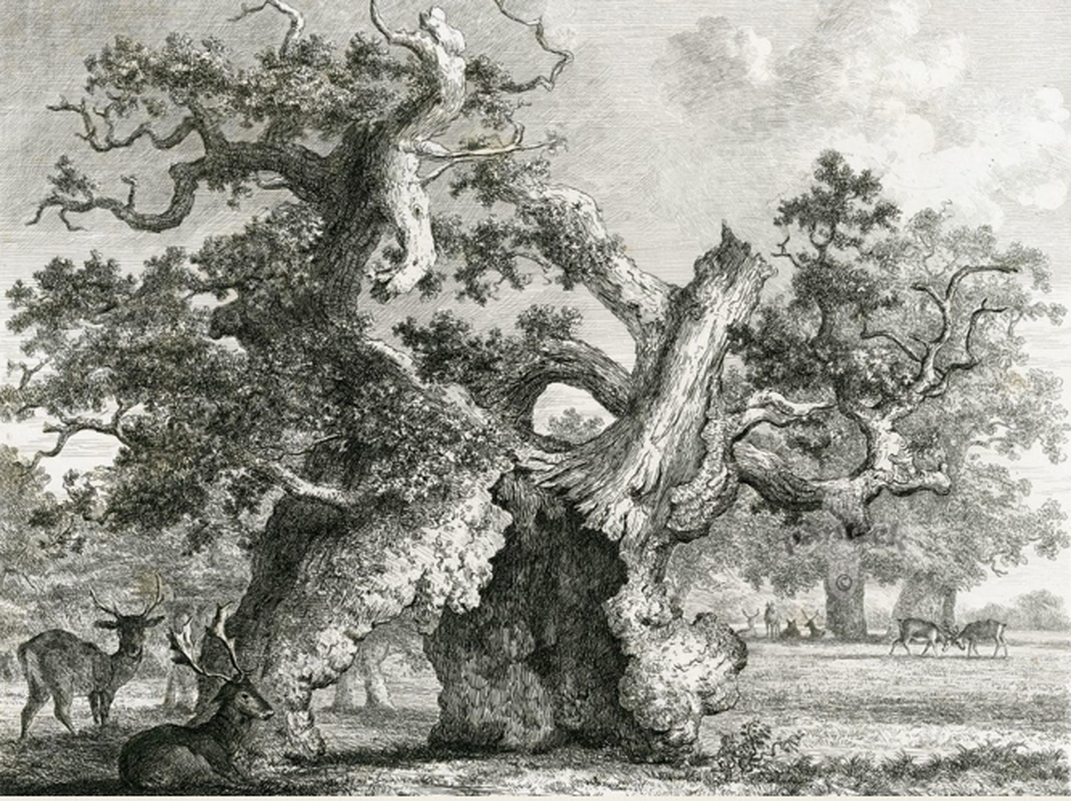